The Official Media Partner of The Alliance of Arizona Nonprofits

On Thursday, March 21st Positive Paths honored Michael Pollack, president and founder of Pollack Investments and Kathy Tilque, CEO of the Gilbert Chamber of Commerce as the East Valley Man and Woman of the Year at its annual Night of Heroes Gala held at the Hilton Phoenix/Mesa.

Positive Paths is an Arizona non-profit organization focused on providing women with self-sustainability through mentoring and education.

The Night of Heroes Gala played host to approximately 300 attendees, and raised more than $100,000 to support the Positive Paths scholarship and mentoring programs. The gala also received tremendous support from its generous East Valley attendees.

Highlights from the night included a moving speech from Michael Pollack upon accepting his award of East Valley Man of the Year. After his remarks, Pollack also made a generous $10,000 donation to the organization. No stranger to charity, Pollack’s involvement in the community over the last two decades has assisted dozens of women and families struggling with issues like domestic violence. Pollack is also a generous donor to multiple organizations in the East Valley such as hospitals, Goodwill Employment Centers, Save The Family Foundation and many others that support women’s issues.

The gala also honored Kathy Tilque, CEO of the Gilbert Chamber of Commerce, as the East Valley Woman of the Year. Tilque’s remarks about the importance of the community coming together around those in need, warmed the hearts of those in attendance. 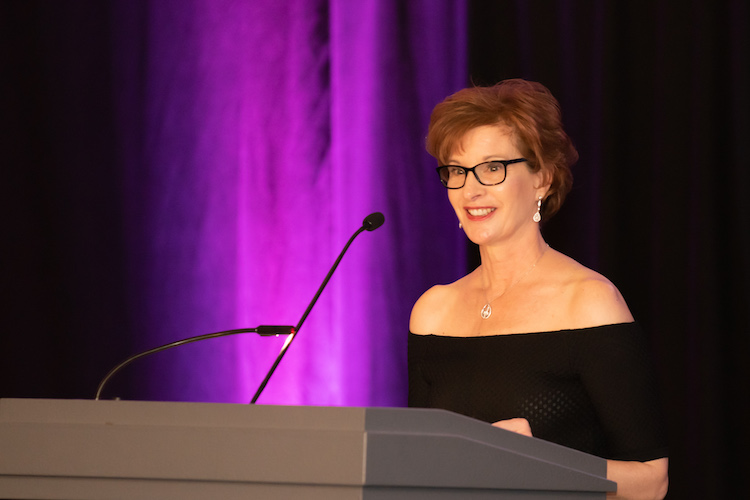 A final surprise presentation of the “Legacy Award” was awarded to Janice Parker, the founder and the executive director of Save the Family for 23 years. Parker’s award brought the night to a memorable close.

Have a question? GHAZ's Experts are ready to help!